6 Minecraft Combat Tips and Tricks to Dominate in Battle 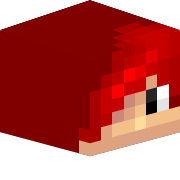 Let’s face it: the most exciting part of Minecraft is undoubtedly the combat. Whether you’re exploring, building, crafting or farming; everything leads to a final showdown with a horde of monsters, humans or animals. If you ask any seasoned Minecraft player, they will probably tell you that the most challenging—and rewarding—part about playing Minecraft is mastering the art of combat. There are different types of creatures in Minecraft and each one poses a unique challenge to players. However, there are some tricks and tips that can make your journey a little easier. Knowing how to fight effectively and efficiently can be the difference between life and death in Minecraft. That said, here are 5 useful tips and tricks on how to dominate in battle

Any time you enter an encounter, the first thing you’ll need to know is your enemy. This is especially important if you’re facing a new type of enemy. Knowing your enemy will help you in two ways - First, it will let you know what type of armour you should wear. Second, it will let you know which weapons you should use. For example, if you know that skeletons are immune to arrows, then you’ll want to use a different type of weapon. Knowing your enemies will also help you plan your strategy against them. Knowing that zombies have a long range attack, you’ll want to stay out of their reach and use a weapon that’s effective at a distance. The more you explore, the more you’ll learn about the various enemies in Minecraft. This will make fighting them much easier.

Building a good defensive structure is the best way to protect yourself against attacks. When you’re building your fortress, you want to make sure that you’re building it in a way that makes it easy to defend. For example, you can build a wall that slopes outwards. This will make it easier to fend off mobs. Building a roof will also help you against certain types of enemies. This is especially true against Creepers. When building a roof, make sure that it slopes downwards. This will help towards repelling the explosion of Creepers. Building a shelter near a village can be an excellent way to defend yourself against Creepers. Whenever you build, keep in mind that you’re not just building for aesthetics; you’re building for defence.

Stay on the move

When you’re fighting, it’s always a good idea to stay as mobile as possible. This is especially true if you’re fighting a large mob. Large mobs will have a harder time hitting you if you’re constantly moving around. This will make it easier for you to avoid their attacks. If you’re fighting a smaller mob, then you might want to consider staying still. This will allow you to focus on attacking the enemy. Large mobs, however, will make it harder to hit them. This is especially true if you’re using a ranged weapon. The best way to fight a large mob while staying mobile is to use either a sword or a bow. This way, you’ll be able to keep yourself safe and still be able to attack the mob effectively.

It’s important to keep in mind that your tools and weapons will break eventually. You can maintain and repair your weapons and tools by using an anvil. Using an anvil will let you repair your tools and weapons. You should keep in mind that the higher the level of your tools, the more expensive they’ll be to repair. This means that it’s best to use high-level tools as much as possible. This will save you a lot of money in the long run. It’s also important to repair your armour pieces before they break. If your armour piece breaks during a battle, the damage will be done even before the numbers appear on your screen.

The great thing about Minecraft is that you can approach combat almost any way you like. There are tons of different weapon combinations, strategies, and building styles that you can use to defend yourself from enemies. Just remember that the better you are at combat, the more fun you’ll have playing this game. Combat is challenging and may seem difficult at first—but once you learn the basics, it’ll become second nature.